New technology giving surgeon’s direct control over live video footage with their feet during surgery is being developed by the Monash Institute of Medical Engineering.

In traditional minimally invasive surgery, a camera holding assistant is required to provide a view of the operation site for the surgeon. The surgeon’s performance relies on the quality of this video footage, which is sensitive to surgeon assistant communication errors and the assistant’s fatigue or inattention.

Various control strategies have been proposed in the past; including joystick control, capturing the movement of the user’s head, tracking surgeons’ facial motion and following voice commands. However, these require the surgeon’s attention, may interrupt the flow of the operation, and can cause safety issues.

Lead researcher, Yan-Jun Yang from the Department of Mechanical and Aerospace Engineering at Monash University said this novel technology would allow surgeons to control the camera with their foot while their hands were occupied with the primary surgical task leading to a decrease in physical and mental burden.

“A robotic arm can enhance the capability of human workers as if they have an extra limb. Compared to a human assistant holding the camera, a robotic camera holder under the direct control of the surgeon can eliminate possible communication errors, provide steady and tremor-free positioning, eliminate fatigue and temporary loss of focus in long-lasting operations, and be cost-effective,” said Mr Yang.

“In an ideal situation, the surgeon should have direct control of all the surgical devices to reduce the inefficient interaction with assistants and to achieve synchronized operation. A robotic platform can provide a more consistent and precise assistance with dexterous tasks for surgeons,” said Mr Yang.

Further research into semi-automated control of the camera holder using machine learning techniques will be undertaken in 2021 under the supervision of Dr Elahe Abdi, Professor Dana Kulic and Dr Charles Pilgrim.

Read more about this technology here and here.

This research has been provided with MIME Seed Funding which is supported by the Monash Institute of Medical Engineering and Monash Partners Academic Health Science Centre. 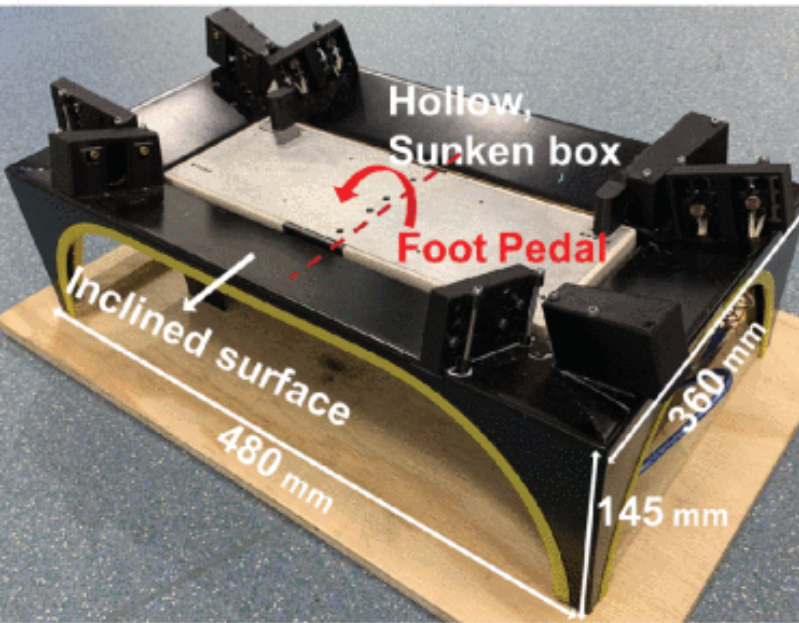