Whilst investigating the mental welfare of new and expectant mothers from refugee backgrounds, it appeared there were possible gaps in assessing mental health in pregnancy. Associate Professor Jacqueline Boyle tells us why, and what the Monash Partners team is doing to address these gaps.

In women generally, there is a high risk of mental health problems in the perinatal period –from pregnancy to 12 months afterwards. That’s before taking into account the added pressures experienced by refugee women, including the stresses of resettling in a new country.

“A lot of women have experienced significant trauma, and when they resettle here they often don’t have family support, they don’t understand how systems (including the health system) work in Australia and finances can be difficult,” says Associate Professor Boyle, who heads up the Indigenous and Refugee Women’s Health Program at the Monash Centre for Health Research and Implementation. 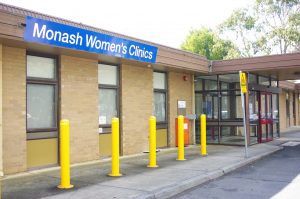 A review of pregnancy outcomes of migrant and refugee women reported fewer than expected numbers of women with recorded anxiety or depression. The research team suspected the low numbers were more to do with a lack of routine screening than an absence of mental health issues.

So Associate Professor Boyle and a multidisciplinary team from Monash Partners set out to explore why refugee women weren’t being screened, and whether they would be open to the possibility.

There were many barriers getting in the way of women being screened. For instance, some health providers felt they lacked the necessary skills to undertake the screening and reported the appropriate referral pathways were for women at risk were unclear.

Many were also not sure if the screening was suitable for women from different cultural backgrounds, or whether they would be willing to take part. 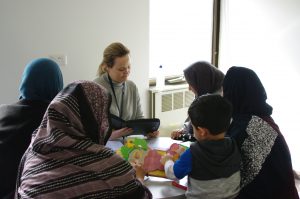 Monash PhD student Rebecca, talks to a group of refugee or migrant women.

However discussions with women found that they themselves were keen. “They thought it was really important that the women were kept strong because they were the backbone of the family,” says Associate Professor Boyle.

Associate Professor Boyle says that if mental illness is left unchecked, it can not only have detrimental effects on the pregnancy, but also affect bonding between the mother and her newborn. It can also cause problems in other family relationships and make it more difficult for a new mum to work, or simply function day to day. 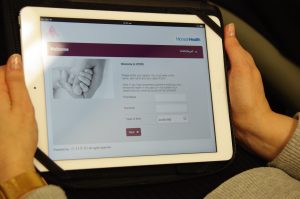 A tablet is used to gather information.

The project is trialling an innovative screening system using iPads, with the screening tool translated into a number of different languages. Plans are also underway to create an audio screening for women who are illiterate.

Clear referral pathways have been developed. The women from refugee backgrounds in the project are offered a referral to Monash Health’s Refugee Health and Wellbeing service in Dandenong, or to their GP to organise a mental health plan. This is sent with a printed report of their screening result automatically generated from the iPad. Migrant women are also referred to their GP with a letter and screening result report.

With one in four women who give birth in Australia born overseas, this project will pave the way for simple models of screening, referral and management that can be integrated into routine care. This new approach will ultimately help health providers across Australia give expectant mums the best possible care.