In 2015 a group of passionate researchers, clinicians and consumers from six health services came together to talk about how they could work together to enhance their collective efforts to prevent falls, one of the most common and harmful adverse events experienced by people receiving in-hospital care. 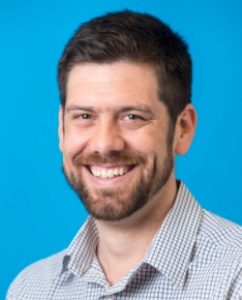 Professor Terry Haines with a multidisciplinary, multi-organisational steering committee, guided the work of the group around agreed priority areas.

A Monash Partners Falls Alliance was formed under the leadership of Professor Terry Haines with a multidisciplinary, multi-organisational steering committee guiding the work of the group around agreed priority areas.

In 2016/17 funding was secured to conduct a Falls Prevention mapping project across the six health service members of the Monash Partners Falls Alliance: Alfred Health, Cabrini Health, Eastern Health, Epworth HealthCare, Monash Health and Peninsula Health. The study sought to measure the amount of time and resources each health service used in the prevention of falls and harm from falls. This included the activities that were health service wide and those in acute, sub-acute and mental health wards that were focused on the prevention of patient falls during the hospital stay (i.e. the activity of falls prevention committees, projects, education, risk management, risk reporting, the usage of falls prevention equipment and constant patient observers).

The study has yielded some interesting findings. It has revealed key areas where there was a large amount of resources being directed towards activities with a high level evidence available indicating there is no benefit of this strategy for preventing falls. This included the costs associated with falls prevention alarms, including the cost of purchase, hire and time spent providing and responding to them. There were also areas identified where resources were being directed towards strategies with an absence of evidence indicating whether the strategies are effective or not. 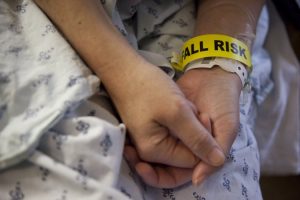 The reference group concluded that steps should now be taken to dis-invest from areas withknown evidence of the ineffectiveness of the intervention and yet large resources being spent in the area. The group will now work on developing proposals to attract partnership funding to facilitate disinvestment in these activities.