The new $250 million Monash Children’s Hospital has opened its doors, providing state-of-the-art facilities and alleviating travel times for thousands of families in Melbourne’s south-east corridor. The Clayton hospital was officially launched on March 27, with patients progressively moving to the new site from April 19. Professor Jim Buttery, the new children’s hospital’s head of infection and immunity, and director of research gives us an update.

The new Monash Children’s Hospital means all children in Melbourne now have ready access to world-class paediatric facilities. With Melbourne’s population booming, including many young families in the south-eastern growth corridor, the hospital was desperately needed, says Professor Jim Buttery, the hospital’s head of infection and immunity, and director of research.

The growing need for children’s services at the old Monash Children’s Hospital at Monash Medical Centre underlined the need for the new hospital. “It was constrained by space and also it was built within an adult hospital and as such there was bits and pieces all over the place, whereas this puts all the children’s services in one spot,” says Professor Buttery. 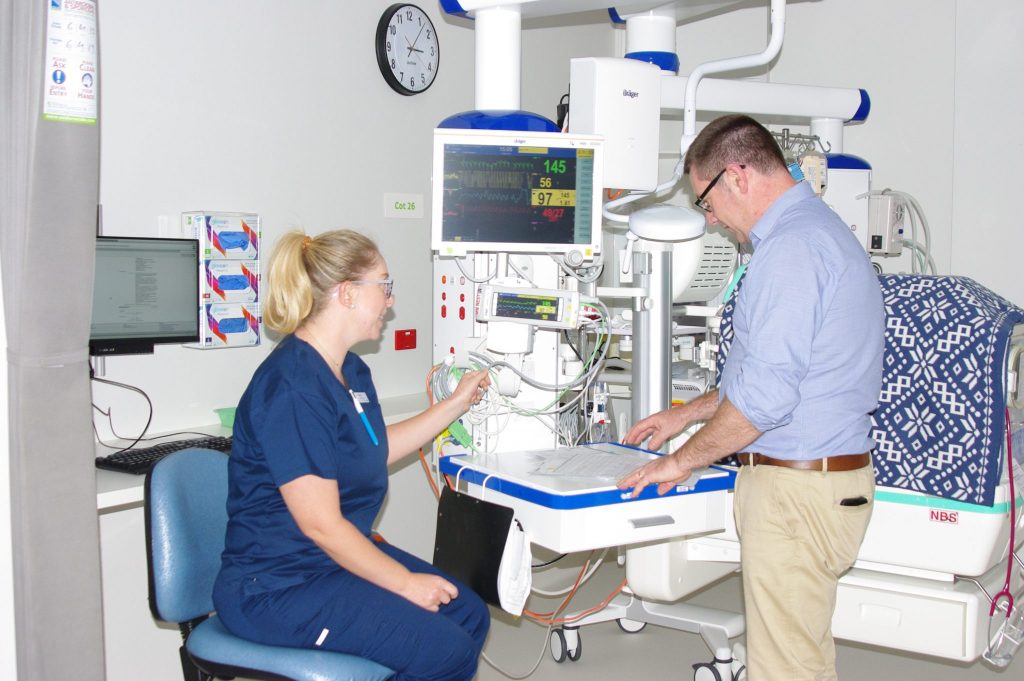 THE NEW HOSPITAL IS ONE OF ONLY TWO TERTIARY PAEDIATRIC HOSPITALS IN VICTORIA.

The new hospital is also home to the state’s largest neonatal intensive care unit and Victoria’s only paediatric sleep centre, along with a clinical trials unit, a purpose-built children’s cancer centre and specialist paediatric theatres. Australasia’s first dedicated paediatric Surgical Simulation Centre is also located at the site, giving students and surgeons the training they need to help save lives.

The 230-bed hospital has also been designed around the needs of children and families, based on an animal theme. This includes an interactive video wall in the hospital’s foyer and an outdoors pet visiting park.

A giant dragonfly, which lights up at night, rests on the outside of the hospital, symbolising hope, strength, change and resilience.

Professor Buttery says the purpose-built, light-filled wards are also vastly superior to those in the old hospital, where it was not unusual to have up to four children in one room.

“The new wards mean that all children will be able to be cared for in either single or double rooms, to improve the quality for families who have to stay in hospital,” he says.

Each room has an ensuite, and some have been designed with sliding doors connecting the room next door. So if a child feels lonely, they can open up the doors and chat to their neighbours. 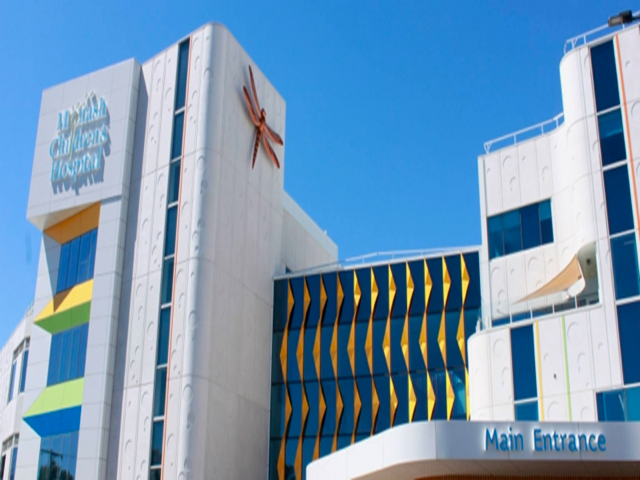 Thanks to fundraising efforts, every bed also has its own console, which allows patients to access the internet, video games and other features such as Skype so they can stay in touch with friends.

The new hospital is co-located with Monash Medical Centre and the new Monash Health Translation Precinct, which should bring breakthroughs in health research to patients.

“Our mission is that every child seen at Monash Children’s is given an opportunity to participate in research,” says Professor Buttery.

Monash University has an education and research precinct within the hospital, including lecture theatres and meeting spaces.

But when it comes down to it, the new hospital, one of Monash Health’s biggest ever capital infrastructure projects, is all about offering an improved experience for its young patients, says Professor Buttery.

“While they’re here with us we hope to make their stay a positive experience, and Monash Children’s At Home program keeps children out of hospital wherever possible,” explains Professor Buttery. “Keeping them busy in hospital with dedicated services like Radio Lollipop – part of a worldwide radio station network for children in hospital; a Ronald McDonald family room; and fantastic activities run by the Starlight Children’s Foundation is all part of getting the kids well again.”