The project, now known as HOW R U?, was set up to try to improve quality of life for older patients who had recently been discharged from an emergency department but lack social support. 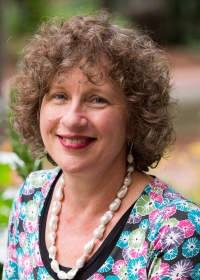 Dr Judy Lowthian who led the project says that older hospital patients are at particular risk of feelings of loneliness, social isolation and depression.

“We want to avoid this if possible, as hospitalisation in older age is associated with poor outcomes, including physical or cognitive decline, readmission, death and institutionalisation,” she says.

In fact, Dr Lowthian says that loneliness and social isolation have been shown to be more harmful than the effects of smoking 15 cigarettes a day, impacting cardiovascular health and increasing the risk of dementia and death – not to mention putting a strain on acute hospital services.

The HOW R U? pilot project, funded by Monash Partners, aimed to lessen these problems by providing social support to at-risk patients within 72 hours of their hospital discharge. It also sought to test whether such an approach would be acceptable to patients, volunteers and the hospitals involved.

The study, which was completed late last year and based on overseas peer support models, involved 39 patients and 17 volunteers from Alfred Health and Cabrini Health. The median age of patients was 84. Two thirds were women, and four in five participants lived alone.

“To our knowledge, this is the first study to use peer support with recently discharged older emergency patients,” says Dr Lowthian. 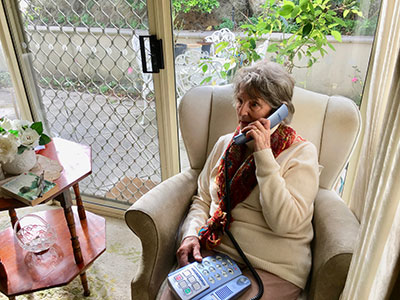 Research has shown that hearing a friendly voice on the other end of the phone was reassuring for this group of older socially-isolated patients.

During the peer support trial, an older, hospital-based volunteer was paired with each patient, phoning them once a week to provide emotional and social support. The patients were encouraged to set personal goals to improve their wellbeing, such as better self-care or by engaging with family, friends or community groups.

“I think that the patients valued knowing that someone from the hospital genuinely cared about their wellbeing, and also that they would call when they said they would,” says Dr Lowthian.  “Having a friendly voice at the end of the phone was also reassuring for this group of older socially isolated patients.

After the three-month study period, 68 per cent of participants reported their depressive symptoms had significantly lessened, while 53 per cent noted reduced feelings of loneliness.

Dr Lowthian says there was also a trend towards reduced emergency department re-attendance over the period.

Some of the older patients said phone calls were a handy way to receive social support without having to go out, while others said they valued the support after discharge, noting that’s when you really need it if you’re on your own.

“It’s wonderful that we have been able to access the initial funding for this project through Monash Partners,” Dr Lowthian says. The results of the study have been presented at conferences in Melbourne, New Zealand and London. “I’m excited about the next phase of this project, where we can test the outcomes in a larger randomised controlled trial.”

The ‘How R U?’ pilot project is a collaboration between Monash University’s School of Public Health and Preventive Medicine, The Alfred and Cabrini hospitals, the RDNS Institute and the University of Warwick. Volunteer services managers from each hospital were also involved, along with nurses from the emergency departments who recruited the patient participants.